Let’s begin with the first, and most important, step: learning the sacred Indian handshake.

The Sacred Indian Handshake: When you first meet an Aboriginal person, hold out your left hand (NEVER, EVER, EVER USE YOUR RIGHT HAND!), lift your thumb to a 90-degree angle, then extend your index finger…

There is no sacred Indian handshake. Nope, there’s no magical way to raise the “buckskin curtain,” revealing the bonanza of untold scoops “hidden” in Indian Country. Reporting news from Aboriginal communities in Canada is like reporting on any subject. It’s hard work.

I’m going to write down a word. I’d like you to note the first thing that pops into your head when you read it.

OK. What went through your mind?

I do this exercise with journalism students. I write “Indian” on the chalkboard, and they shout words at me like crazy. After a couple minutes, the list looks something like this:

The list goes on and on. It’s a list heavy on images of “Indians” in Canadian popular culture. Invariably, the list does NOT include many, many different things being talked about “around the water cooler” in contemporary Aboriginal communities, such as:

The word “Indian” has all kinds of images associated with it. And those images are far from a complete picture of life for Aboriginal peoples in Canada.

What’s my point? The word “Indian” has all kinds of images associated with it. And those images are far from a complete picture of life for Aboriginal peoples in Canada.

“The Indian began as a White man’s mistake, and became a White man’s fantasy,” writes Daniel Francis, in his very helpful book The Imaginary Indian. Francis argues there is no such thing as an Indian; rather, the Indian is an image of Aboriginal peoples that Euro-Canadians “manufactured, believed in, feared, despised, admired and taught their children,” an image which continues to shape public policy in Canada today.

Who created those images of Indians? Anthropologists, explorers, missionaries, photographers, historians, medical researchers, artists, and filmmakers, to name a few. 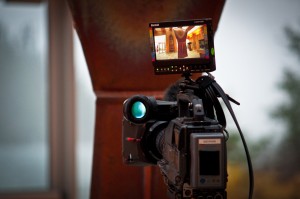 There’s a long history of non-Aboriginal people coming to Aboriginal communities, asking about people’s lives, requesting their stories, then LEAVING. Those visitors interpreted what they saw and heard — in books, reports, studies, films, or photos. Aboriginal people had little say in how those stories were told; in many cases, the story never even made it back to them.

Some of those images were accurate representations of Aboriginal peoples. Many were not.

Aboriginal people know what happened with THOSE stories. Nowadays, the whole world has an image of what an Indian looks like. How an Indian acts. What an Indian is. Often those representations are stereotypical. Sometimes they’re harmful.

What does this have to do with journalists?

You are the latest in a long line of story-tellers, requesting permission to portray Aboriginal peoples to the world.

You are the latest in a long line of story-tellers, requesting permission to portray Aboriginal peoples to the world.

If you are calling, or going to meet, an Aboriginal person for an interview for the first time, that Aboriginal person may have an image of YOU in his or her head. You may be someone who is going to take away their story, and there’s a good chance you’re going to get it WRONG.

But I’m different, you say. I’m a capital-J Journalist, whose guiding principles are Truth, Independence, Accountability and Minimizing Harm.

Maybe so. But, in the next section, I’ll examine how many longstanding stereotypes of Aboriginal peoples continue to be repeated in contemporary TV newscasts and the front pages of newspapers.

And, remember this. If the Aboriginal person you hope to interview seems angry, standoff-ish, uncommunicative — well, we’ve got 500+ years of contact to thank for that. It’s up to us, as skilled journalists, to be aware of the patterns, appreciate the frustration, and persevere.

Previous: At The Desk
Next: News Stereotypes of Aboriginal Peoples