Giving back is not a difficult concept, yet one of the most egregarious actions of Western research into the lives of Indigenous peoples is the negligence of this ethic. Giving back does not only mean dissemination of findings; it means creating a relationship throughout the entirety of the research.
– Margaret Kovach 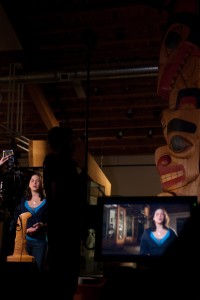 OK, your story is finished. It’s out there. You’ve done the best you can, with the resources you’ve got, in the time allowed. Tomorrow is a new day, new story, right? Not if you want to do a good job covering Aboriginal communities.

Success on any beat revolves around building strong, reliable relationships. This goes doubly so for reporting in Aboriginal communities, given the historic concerns Aboriginal communities have about theft and appropriation of culture. Recognize your story will have consequences — sometimes good, sometimes bad — for the people you’ve reported on, and for Aboriginal people across the country.

By staying in touch with your subjects, you signal your willingness to be accountable for your work (plus you may find fodder for follow-up stories!)

A journalist’s pursuit of a story is often a one-way street. We assume that publishing someone’s point of view is payment enough for granting us that interview. Rarely do we consider requests that conflict with OUR prime directive — editorial independence.

From a journalist’s perspective, if someone consents to an interview, that material becomes the property of the reporter’s news organization, governed by the ethics policy of his or her newsroom.

Aboriginal people, on the other hand, generally distrust anyone who refuses to share. Selfishness contradicts a fundamental value of Aboriginal societies — reciprocity. A hunter asking permission from an animal before a kill, a healer placing tobacco on the earth before picking a plant — these are simple expressions of reciprocity.

This clash of values can be overcome by acknowledging you have reciprocal obligations once a story is shared with you (aside from pledging your reportage will be truthful and balanced).

Make sure the people you’ve interviewed and the people who assisted you along the way get to see, read, or hear the story. Perhaps it’s as simple as sending them an email, with a weblink to your story, and inviting feedback. But don’t assume all Aboriginal people have access to computers. They might want something more old school, so get an address where you can mail a newspaper, CD, or DVD. 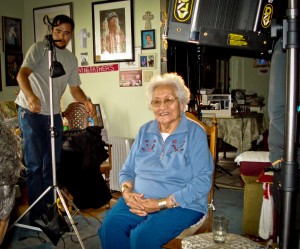 Once the story is published or broadcast, offer your story subjects a transcript of interviews or a copy of raw footage. Many Aboriginal communities lack time or capacity to gather information from community members – your work may serve as valuable information long after you’ve moved on to a different story.

Further down the road, if you ever get a call from that Aboriginal person who gave you the interview you so desperately needed, and he or she has a story idea of their own, remember the importance of reciprocity. If you can’t make a news story out of the tip, try to help that person find a reporter who can.

Perhaps your story is not well-received, by the people in it, or by other members of the Aboriginal community, and perhaps you get nasty e-mails and phone calls to that effect.

Don’t blow them off.

You’ll be amazed how quickly your run-in with someone will come back to haunt you, thanks to that remarkably efficient and informal word-of-mouth network known as the “Moccasin Telegraph.” 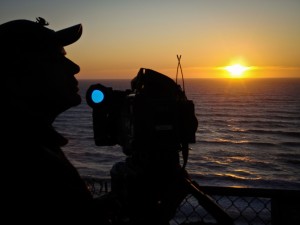 Instead, it’s wise to hear someone out. It gives you an opportunity to reflect upon your own biases and decision-making process.

Maybe you become more determined that your approach is the right one. Or, maybe you’ll do things differently next time. Either way, you learn.

But, it’s also important to not take criticism from your Aboriginal audience personally (as noted in the Story Takers section). Recognize that anger and frustration will sometimes be directed your way, conduct yourself with respect, and move on.

Previous: Context and Colonial Amnesia
Next: The Last Word