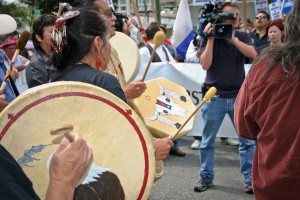 No matter your intentions. All you’ve done is made a simple request. You’re just asking for an interview. You want to tell someone’s story. That’s when it happens. Some Indigenous person explodes — their anger directed at YOU.

Suddenly, you represent every colonizing, raping, pillaging outsider who has ever stolen children, land, or sacred artifacts away. You are the living embodiment of Christopher Columbus, the Minister of Indigenous Relations and the Pope.

–    Some Indigenous people you interview may have attended residential schools, where they experienced abuse and trauma. Therefore, it’s not surprising they have feelings of bitterness or rage toward authority figures. In a news reporting scenario, you may represent a person of authority

–    Unless you’re offering your interview subjects the power to veto or edit your final story (and that’s unlikely, isn’t it?), then you are, IN FACT, a story taker — and this Indian has probably got a lot of experience with people who keep looking to tell Indigenous “stories,” whether it’s the missionaries and anthropologists of old, or more recently, a steady barrage of administrators and bureaucrats looking for statistics, data or “consultation” 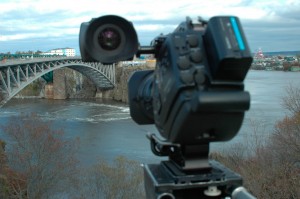