White Characters and the Question of Agency

Perhaps most destructive to the image of Aboriginal people is the lack of character and personality accorded them by the media. Aboriginal people are almost always cast in supporting roles or relegated to the background, and are rarely allowed to speak or display a real personality. And what character they do have tends to reveal itself only in terms of their interactions with white people. Rarely is an Aboriginal portrayed as having personal strengths and weaknesses, or shown acting on his or her own values and judgments.
–    Media Awareness.ca 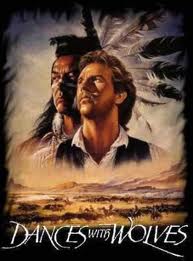 Hollywood was agog when Kevin Costner released his epic western Dances with Wolves in 1990. Real Indigenous actors! Speaking Lakota, with subtitles! Indigenous characters with differing opinions – some wanted to fight the white soldiers, some wanted peace!

But, much like the journals of the first European explorers and missionaries, Dances With Wolves revolves around a white guy’s experience. “I’ve always wanted to see the frontier,” says Costner’s character Lt. John J. Dunbar, “before it’s gone.” The movie purported to treat Indigenous Peoples sympathetically; instead, it robbed Indigenous Peoples of voice.

Reporters would do well to remember Dances With Wolves (or other big Hollywood movies about Indigenous people – Little Big Man, Thunderheart, or Avatar) when trying to sort out which interviews or characters to include in your story.

How often do we lead with a quote from a non-Indigenous expert, who offers a broad perspective on the issue at hand? How often do our news stories contain helpless Indigenous people, waiting for a government department to fix some dire problem?

Ask yourself: will Indigenous people have agency in my story?

The question of agency — or who has the power to act — is important, because good news stories are more than a compendium of facts. Skillful news reporters use the same storytelling techniques as fiction writers or movie directors: dramatic arc, heroes and villains, denouement. Believe it or not, race and culture also plays a role in our decisions on how to frame a story.

Ask yourself: will Indigenous people have agency in my story?

For Indigenous Peoples, being regularly portrayed in the media as lacking in agency has real consequences. Self-governance and self-determination are goals for many Indigenous communities, but other Canadians may view these aspirations in terms of the threat they pose to their lifestyle and standard of living. If Indigenous Peoples are constructed in news reports as unable to exercise control over their own lives, the public is even less likely to show support for transfer of power or resources.

In other words, your news story may unwittingly become an instrument to preserve the status quo in Canada, where Indigenous Peoples have little control over their own affairs.

How can you change that? By being conscious about race and culture when you frame your story.

Your research may uncover a wide variety of non-Indigenous people with opinions about Indigenous issues. Academics and experts, politicians and bureaucrats. Or people hired by First Nations to speak for them: band managers or nurses or economic development officers. In some stories, you’ll find non-Indigenous people impacted by Indigenous actions: neighbours, competitors, supporters.

Maybe these are all valid perspectives, but make sure you include Indigenous people in a substantive way in a story about Indigenous Peoples.

Make sure you include Indigenous people in a substantive way in a story about Indigenous Peoples.

The reporter’s tendency toward framing a story through non-Indigenous eyes is, perhaps, understandable. Non-Indigenous professionals may be more “accessible” to media than Indigenous people because they’re willing to play the media game. And academics, experts and politicians often express their opinions in clear and concise soundbytes.

But, is it necessary to build your story around that non-Indigenous person, or are you favouring that perspective because that person is easily available to you, and delivers their message in a manner that you or your audience is more comfortable with?

Previous: Who Represents the Indigenous Perspective
Next: Storytakers