Who Represents the Indigenous Perspective

It’s tempting, when you have such little space in news story, to get that one quote you need to represent “the Indigenous perspective.” But, think twice about letting that be the sum total of your research.

Just as there is no one spokesman who represents all the “white” views in Canada, there are multiple perspectives in Indigenous communities. If you rely on only one Indigenous source, you run the risk of presenting a story that’s biased and inaccurate.

Indians are treated in Canadian legislation as if they are a homogenous group. But not all Indians are the same. Indigenous Peoples are a heterogenous bunch. A Cree is not a Haida, a Mik’maw is not a Dene. And you better believe an Indian is not Metis is not Inuit. 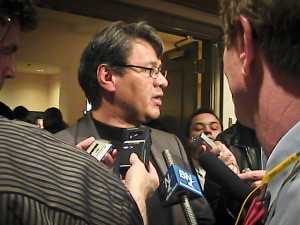 Actually, the more you learn about First Nations, the more you discover an endless variety of differing perspectives. Off-reserve, on-reserve, status, non-status, treaty, “traditional,” “progressive”… the list goes on and on (I’ll explain some of those categories in Terminology and Lexicon section).

Don’t let all the differences bewilder you. What’s important is that you’re aware they exist. For example, if you know something about Anishinaabe ceremonies in Manitoba, don’t assume that practice or custom will be the same when you’re meeting with Anishinaabe folks in southern Ontario, and certainly not if you’re reporting on Tsihlqot’in people in Northern BC.

On any given story, your first call to a First Nation will often be to the band office, looking for a quote or a clip from the Chief. For a national story, you may ring up the Assembly of First Nations, looking for the press secretary to the National Chief.

But don’t make the mistake of letting one person, such as an elected Chief, be the sole Indigenous “spokesperson” on an issue.

Back in the 1880s, the government of Canada introduced a system under the Indian Act where bands of Indians were expected to elect Chiefs and Councils as their leaders. Traditional forms of governance, such as hereditary chiefs selected by historical custom, were displaced. Some communities accepted the Indian Act electoral system; others were hostile to the changes. Governance structures continue to be a matter of some debate. 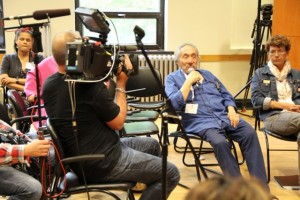 Nowadays, according to the Department of Aboriginal Affairs, less than half of the 600+ Indian bands in Canada are governed by Chiefs and Councils elected under the Indian Act. The rest operate under “customary” governance structures (which means pretty much whatever a community wants it to mean — leaders may be hereditary, or simply chosen using alternative electoral rules.) In some communities, traditional and elected governments work side-by-side.

What does this mean for you? In some stories, the band office is a good point of entry, but especially when it comes to issues of land or customs, you should also be asking whether there are traditional leaders or elders who you can consult.

Like any group, community or political body, Indigenous communities contain a full range of opinions on all manner of issues. Take resource development. Many First Nation communities engage in discussions about mining in their traditional territories. Some residents support such activities, others oppose it. Others may not know what to think.

That difference of opinion on a subject could be interpreted as a sign of mature debate, as much as it may represent a “schism” in the community.

The Bottom-line on Perspectives

Recognize there are many different perspectives within Indigenous communities. There’s no easy way to determine who is most “appropriate” to include in your story.

Ask questions, do your research. When it comes time to get your story to air, make sure your viewers and listeners understand what perspective the subject(s) in your story are coming from.

Previous: Indigenous Customs and Protocols
Next: White Characters and the Question of Agency