It’s time to sit down and write your story, and you probably find yourself facing the NAFNIP question.

What term should a journalist use to describe a NAFNIP?

Your news organization likely has a style guide. That may offer some guidance, but the terms used to describe Indigenous Peoples are continually evolving. Reporters may find it a challenge to understand the distinctions among these words and to whom they apply.

Ultimately, there is no sole agreed-upon name for the original peoples that inhabited North America before European settlers arrived. In Canada, “Indigenous Peoples” is often used. In the United States, “American Indian” and “Native American” are commonly used. United Nations documents and organizations use the term “Indigenous Peoples.”

If you are unsure about names and terms, ask the Indigenous people you’re reporting on which term they prefer.

This terminology guide is adapted with permission from SABAR

If you’re still confused, check out this Glossary of Key Terms, developed by the Strategic Alliance of Broadcasters for Aboriginal Reflection (SABAR), a group of national broadcasters seeking to increase participation of Indigenous people in the media in Canada. This fabulous site addresses thoroughly these very questions, and I suggest you use it.

Rather than reinvent the wheel, I’ve pilfered some information from that site (with SABAR’s permission) and re-purposed it here, to give you a taste of the subject.

Many diverse and autonomous peoples lived in the territory now known as Canada for thousands of years. Each community or culture had distinct languages, religious beliefs and political systems, and its own name for its people and names for the peoples around them. 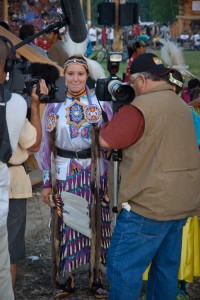 Whenever possible, try to characterize Indigenous people through the identities of their specific tribe or Nation (e.g., a Haida painter, a Mohawk school, a Blackfoot publication).

Note that many Indigenous people are using English transliterations of terms from their own languages to identify themselves; e.g., the Mohawk Nation is also called “Kanien‘kehá:ka”; the Blackfoot, “Siksika”; the Chippewas, “Anishinabeg”; and the Swampy Cree, “Mushkegowuk.”

Ever since Columbus sent a letter back home in 1493, identifying the folks he met as los Indios, the term “Indian” has been applied to the first occupants of the Americas.

The term “Indian” is laden with history and associations, and some argue the whole notion of “Indian” is purely a white man’s construction. Some find the term offensive, akin to the n-word used to describe African-Americans.

That said, plenty of Indigenous folks themselves, particularly in the Prairies, use the term “Indian” regularly in conversation. Does that give you the license to use it? Probably not.

Still, for the sake of accuracy, there are times you should use the term Indian:

Indians are one of three peoples recognized as Aboriginal in the Constitution Act, 1982. Specifically, that means “status Indians” — but you may also encounter the terms “non-status Indians” and “treaty Indians.”

You should use “Indian” when referring to the Indian Act, or Indian reserves. 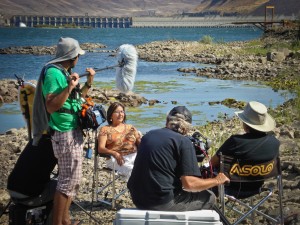 This is a term defined in the Constitution that identifies Aboriginal as Indians, Metis, and Inuit Peoples.

Use as an adjective. The use of “t” as a proper noun, in stories or headlines, is grammatically incorrect.

Avoid describing Indigenous people as “belonging” to Canada. Use less possessive terms instead.

IMPROPER: Canada’s Indigenous people have traditions and cultures that go back thousands of years.

PROPER: Indigenous people in Canada have traditions and cultures that go back thousands of years.

You’ll most often find the term “Indigenous” used in United Nations documents, such as the UN Declaration on the Rights of Indigenous Peoples, and “Indigenous” is often the preferred term in an international, academic or activist context. 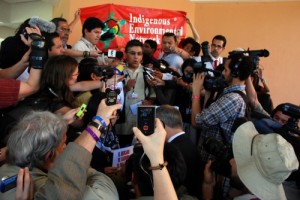 The adjective “indigenous” has the common meaning of “from” or “of the original origin.” The United Nations has yet to define “Indigenous peoples,” as the concept has been subject of much debate.

Indigenous legal scholar S. James Anaya offers this description. “Today, the term indigenous refers broadly to the living descendents of pre-invasion inhabitants of lands now dominated by others. Indigenous peoples, nations, or communities are culturally distinctive groups that find themselves engulfed by settler societies born of the forces of empire and conquest.”

According to the UN Declaration on the Rights of Indigenous Peoples, Indigenous peoples have a right to cultural sovereignty and self-determination. 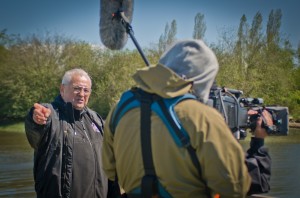 (plural modifier, plural noun)
The number of First Nations students enrolled at Canadian universities and colleges has soared over the past twenty years.

(singular modifier, singular noun)
Many people have said that North of 60 and The Rez were the only shows on television that depicted life in a First Nation community with any realism.

There is no clear right or wrong in this area, provided that reporters are consistent about the way they choose to use modifiers.

The word “native,” derived from Latin natus meaning “born,” is used to mean a group who lived in some place before the arrival of Europeans.

Like “First Nations,” the term “native” evolved to replace the word “Indian.” It has no legal definition in Canada, and generally describes Indians, not Inuit or Metis.

However, because “native” also has a specific meaning of “born in,” the term “native Canadian” could also legitimately apply to anyone born in Canada.

For this reason, though “native” is often used in common speech, it’s being used with less and less frequency. Reporters should note: “Native American” is used in a legal context in the United States, and can be used interchangeably with “American Indian.”

Previous: On The Air
Next: Context and Colonial Amnesia